The weekend started with some pretty rough times at testing, with the cars balance nowhere near as good as it was at the previous rounds, however with a lot of big changes made, we slowly got the car back to the crisp balance it has before.

I was confident of doing well at Brands as its my home track and I always do well there, however it would be a big ask to compete on the same level as the highly developed fiesta. As I went round it was hard to find clear space to make a decent run, but I managed to find some and my pit board showed 3rd, which was ok and behind the two fiestas. I knew I could go faster from testing and was aiming for second as its the best starting position at Brands. However, I pushed a tad too hard and took pole by 0.001 seconds......since I had pole, I thought I'd make a real attempt and cleared another 0.2 seconds from second.

Race 1 was extremely exciting. I got a mega start as I always seem to do in this car, however by the time we got to druids, I had been out dragged up the hill and had to slot into second place. A mistake into clearways on the first lap on cold rear tyres saw me get a poor exit and I was down to third. Time to get to work! I had the pace around the circuit, but I just couldnt make use of my higher corner exit speeds, as I would start passing for second, I would slowly be returned to 3rd with a lack of straightline pace......which was highly frustrating. At the end of the race I was still in 3rd having wiped out half of my splitter on the rear tyre of Joe Ferguson, and missed out fastest lap by 0.02 seconds. All in all, an exciting race and gave me the confidence to know I could run toe to toe with the fiestas.

Race two was the exact opposite. Full of confidence and knowing my FL in testing, I set off with another amazing start and started to clear off from lap one, building a small gap every lap. When in clean air and track, I could run my ideal line and not get baulked by slower apex speeds. I won the race without any challenge from behind, attained fastest lap and set a new track record.

Overall a great weekend and showed me what the car is capable of on a small circuit where power isnt key, so hopefully Cadwell is more of the same!

One key attribute to the great races is the amazing starts I've been able to make in the new car. I'm not known for amazing starts at all, but this season I've been making some real crackers. The Spoon LSD has been quite key to this, as its quite an aggressive diff with a high preload, traction has been just amazing on the car. Off the line and out of corners I can chop car lengths out of people infront, its been an amazing bonus to the car and I'm highly greatful to Taikyu for supplying me with a great LSD. 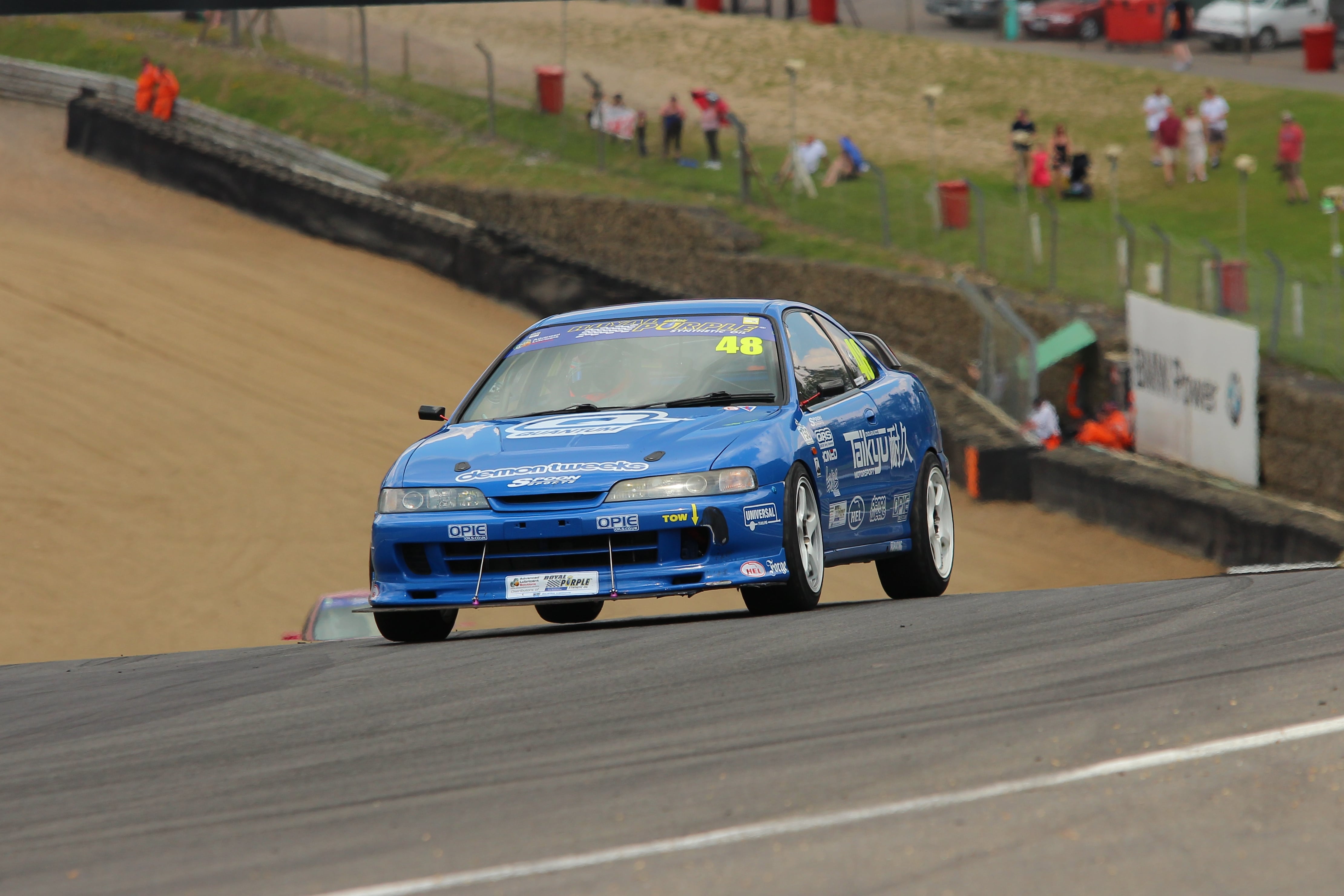