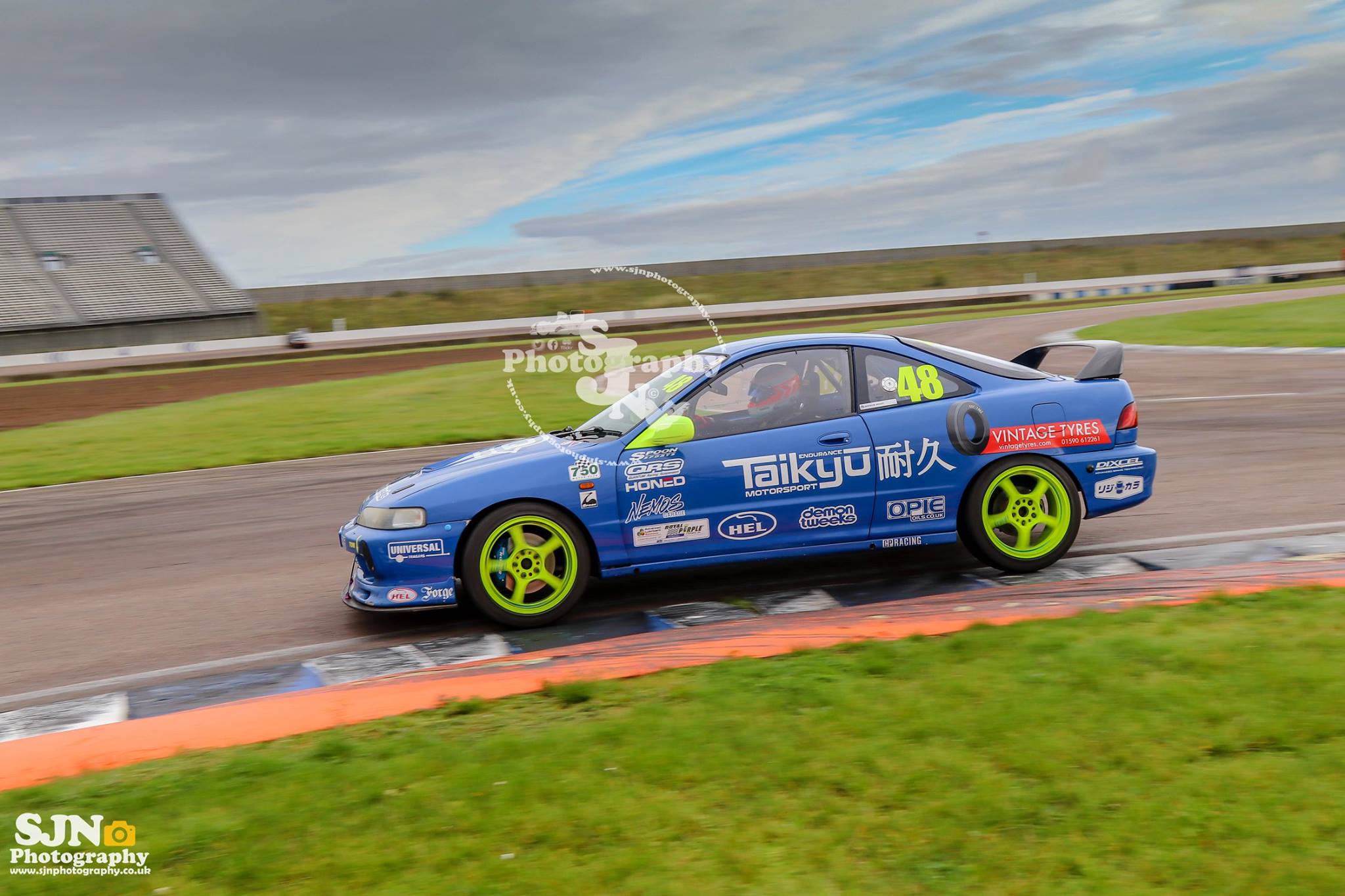 Quali was a nice easy session to get a few banker laps in, nothing too stressful. The track was super green after the constant rain so finding the grip was key, as was a clear circuit. So, I made my life easier by making it to the assembly second to last!

Probably the only relaxed session of the entire weekend!

Tried to get in a few Q&A answers in, but really, I need an endurance race to answer anything! haha 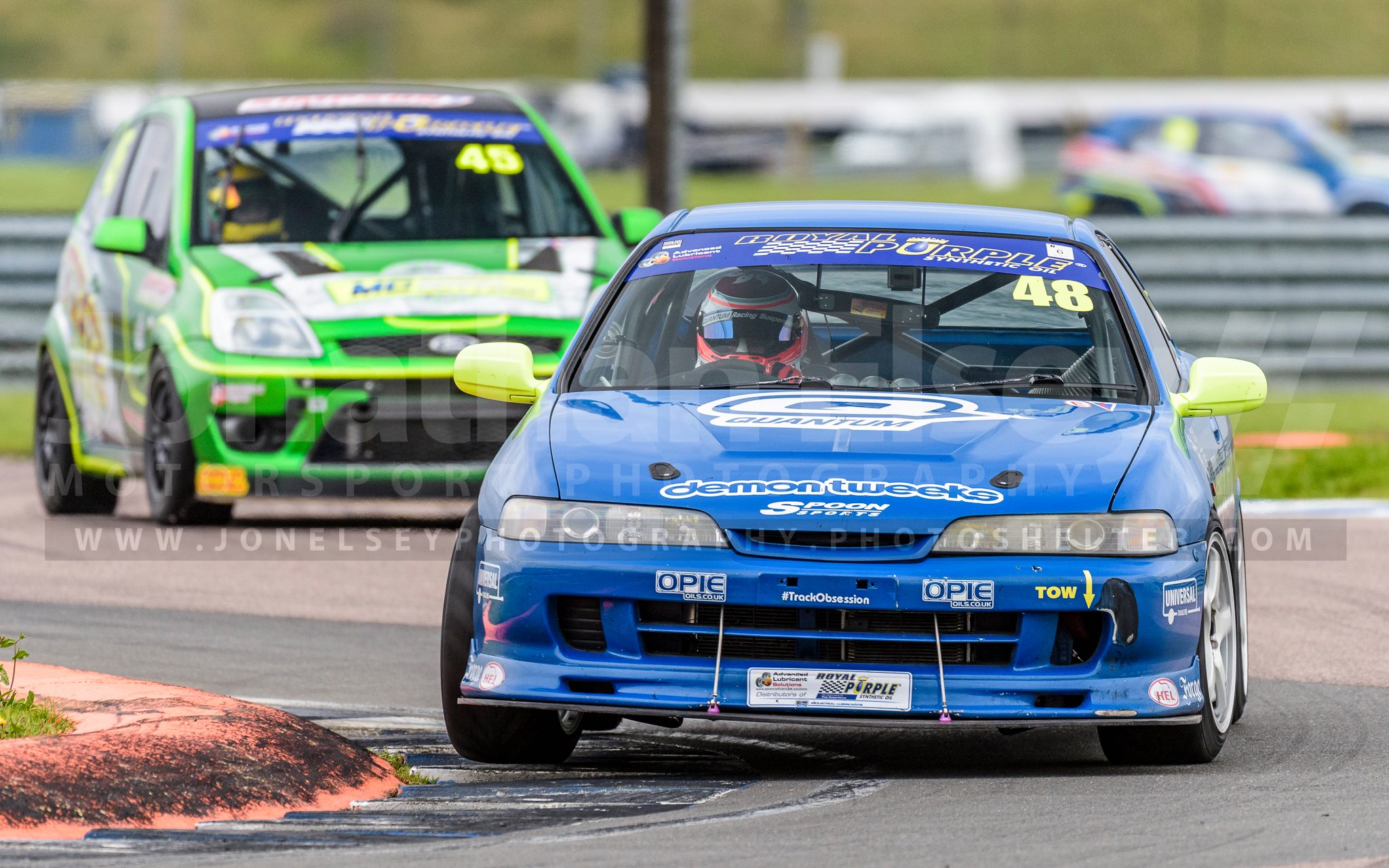 Before going out it was a tense moment trying to decide on tyre choice as it started sprinkling just as we were called, but a delay from the race before meant we were pushed back to after lunch, and a sunny patch arrived and we all stayed on dry tyres...thankfully.

The car was substantially better than it has been for a long time, things are coming together, and the crazy oversteer is drastically reduced, but I still have to be careful of turning in with a trailing brake.

The new brakes were being used in anger for the first time over prolonged period, so they weren't up to their best, although still very good, they started to gas out or similar, and felt like they were getting a bit toasty in the second half of the race – this was probably due to insufficient bedding in procedure due to time.

Overall, satisfied with the result, but what a great race for the series and class. 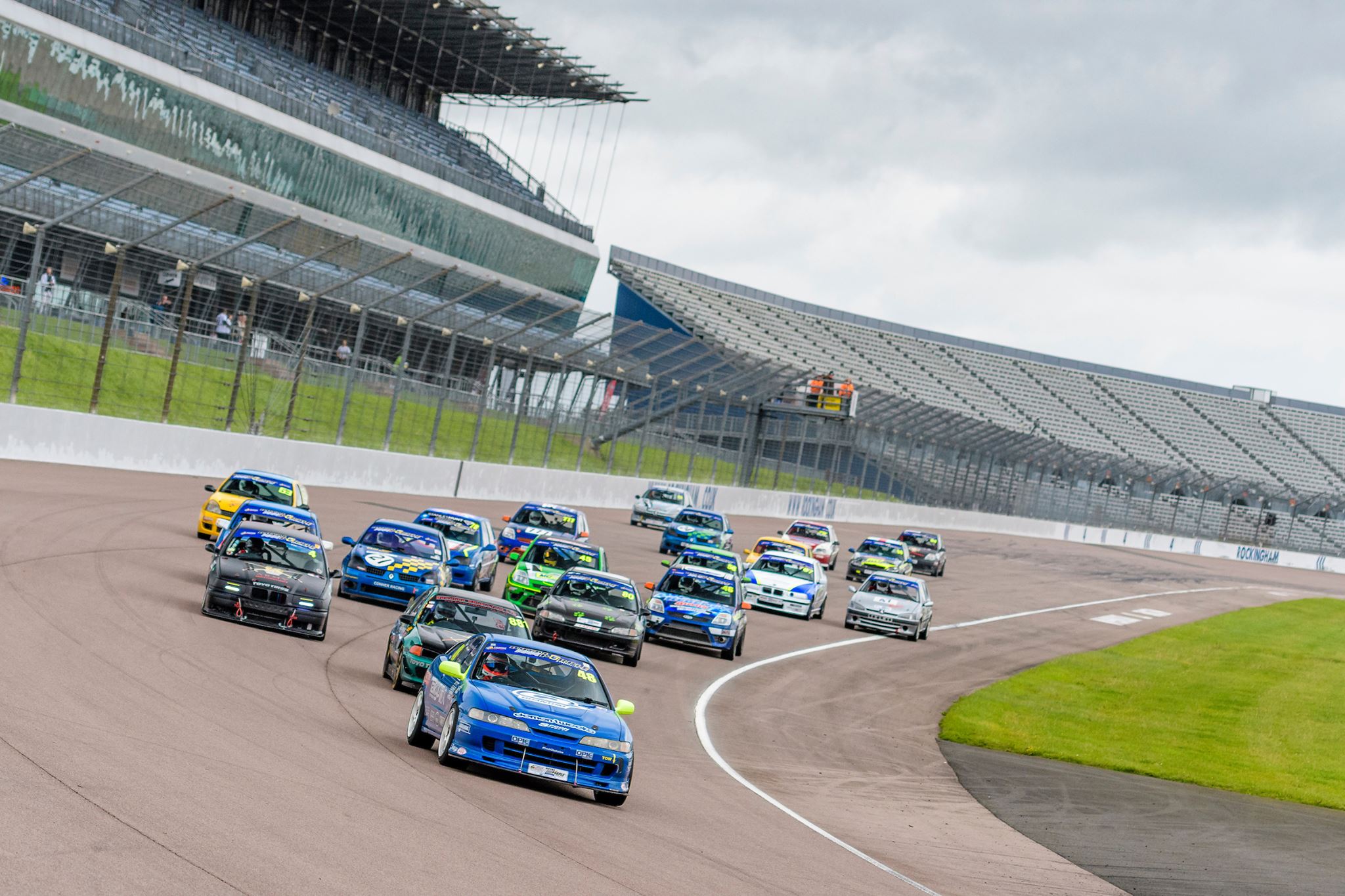 I travelled up on the Sunday morning to watch Ben, I had intended to be there for both race one and 2 however received a call from Ben to be sent on the hunt for a set of wheel spacers. With the weather turning in, Ben when to fit his wets and found that he had forgotten to test fit the wheels after installing the new Monoblock calipers! After a rather large detour I found a set and arrived with about an hour to spare. Luckily the weather held out and the spacers were not needed.

Race 2 was called, Ben made his way to the outside of front row. A cracking start saw ben pull away from the more powerful Fiesta of Alistair Camp. He maintained the lead until lap 5 where Alistair briefly out powered him over the start finish line. A ballsy move on the outside of turn one ensured Ben returned to 1st position by the exit of Deene. Three laps later Ben took the chequered flag with Alister in close second. 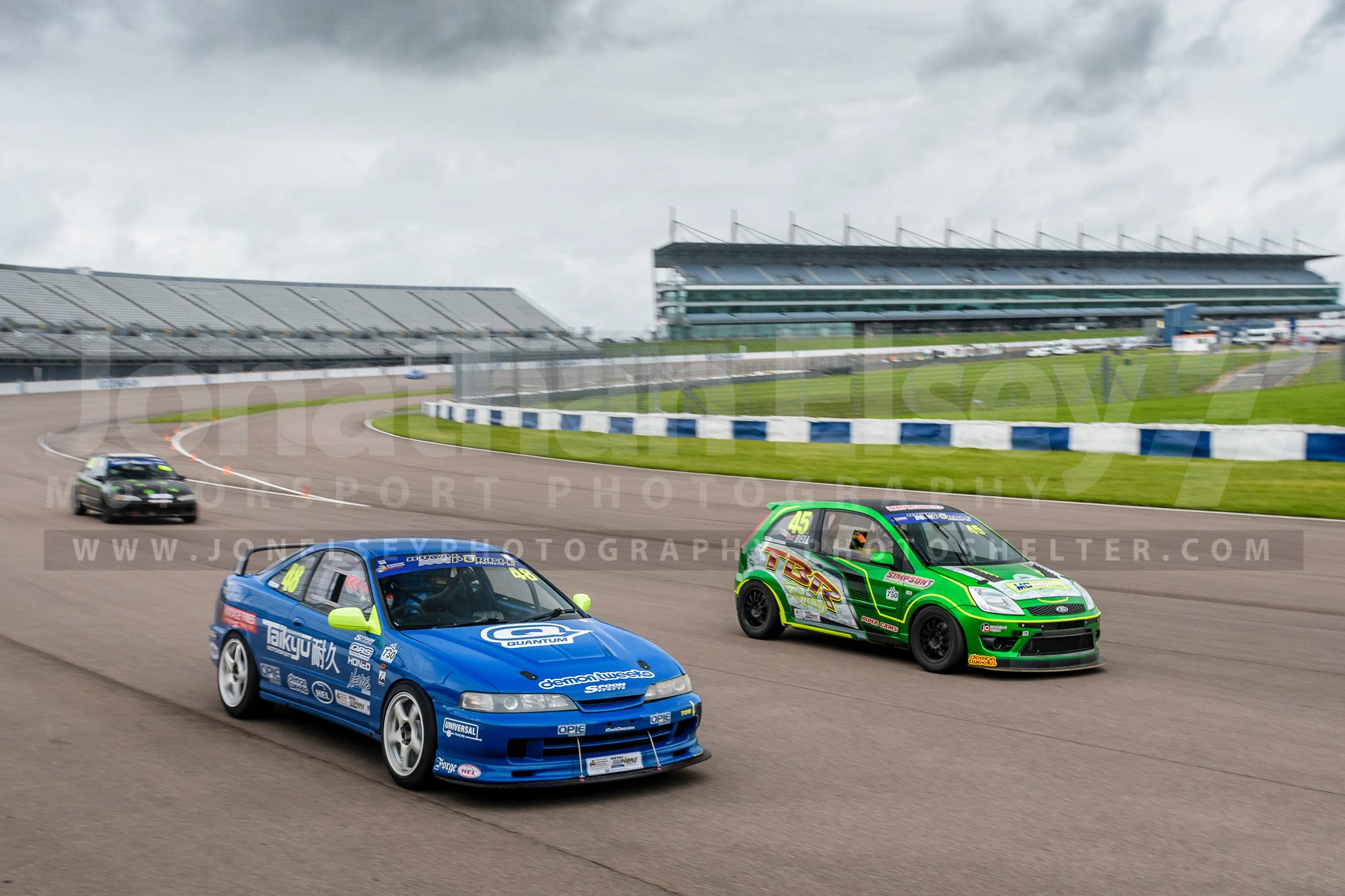 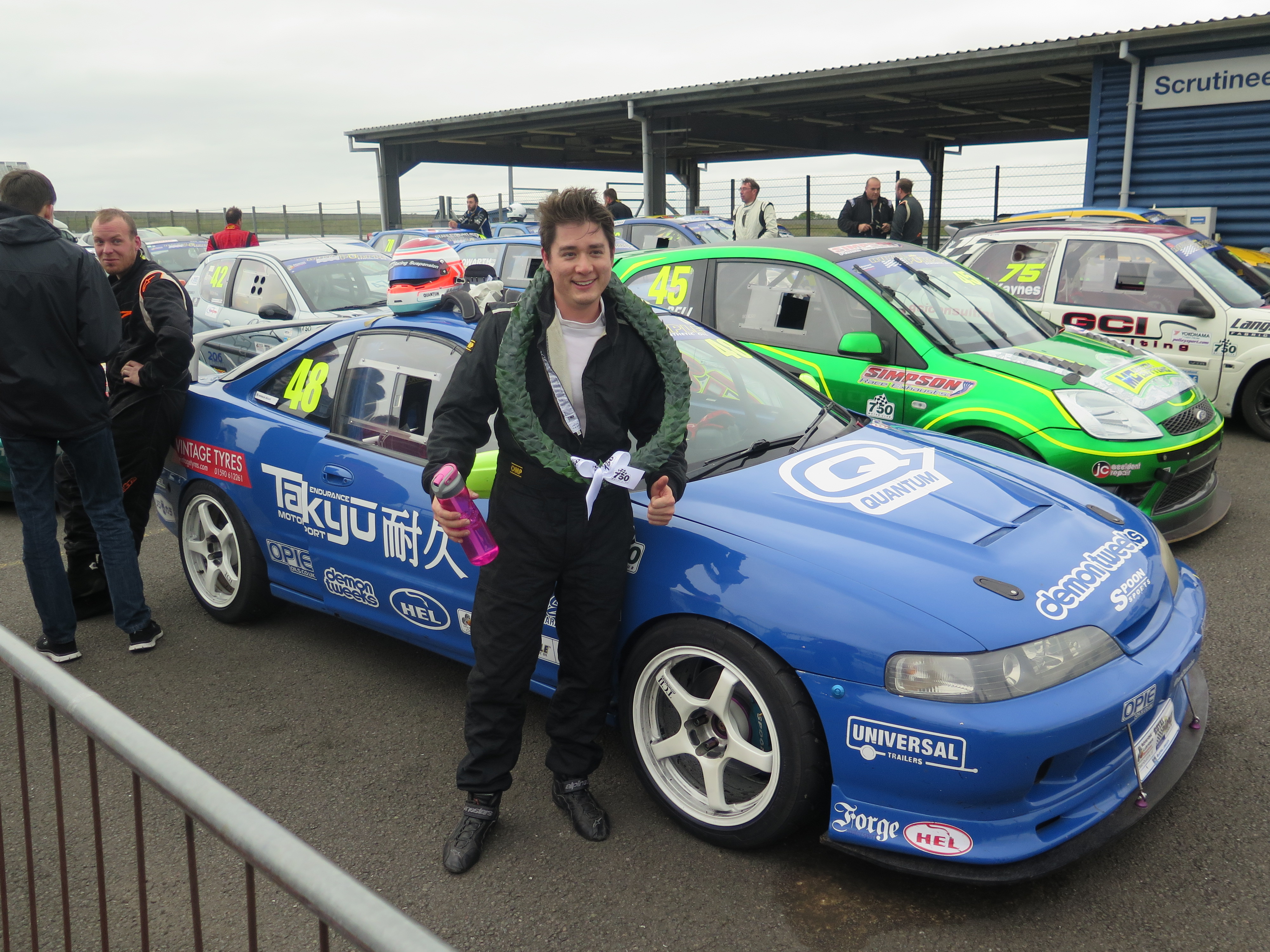