After a couple of busy months here is the catch up for the last couple of rounds of the 750 Motor Club Hot Hatch Series.

Cadwell saw a few changes to the car including an upgrade from the 282mm rotors and Spoon Twinblock calipers to a 300mm rotor with the Spoon Monoblock calipers. The DIXCEL Specom Alpha pads couldn’t be fitted before this event as they had not arrived in time so an alternative needed to be sourced.

A testing but ultimately successful two weekends at Cadwell Park and Silverstone saw Ben come away with a win and three second place finishes. Cadwell Park was an easy first win with a 7 second gap after 4 laps, but that came to a halt after a red flag was thrown and the race stopped. A second stoppage on the restart ended the race.

Race two saw what could of been a great battle with a other k20 EG, but a BMW got in the middle and held Ben up for a lap. A furious charge and a loose steering column ended in a spin and drop back to 3rd. A last lap charge saw him reclaim 2nd place.

Silverstone was a pair of second places, which was an amazing result considering the extreme and chronic oversteer Ben suffered. Despite the crowd pleasing sideways antics, Ben didn't have the power to challenge either of the winners of the two races. Race two he held 1st place for half the race until he was simply out dragged down the hanger straight.

Despite all this, a consistent podium filled season sees him sit one point behind the championship leader.

This Sunday two races at Rockingham will see Ben try to remain consistent and collect as many points as possible. Rockingham is a track Ben likes and the technical infield is a great place an underpowered car can make a difference. Fingers crossed to see what the weather does.

In the meantime here is an external video of Ben Overdriving the integral at Silverstone. https://www.youtube.com/watch?v=PAcpvFoWrOQ 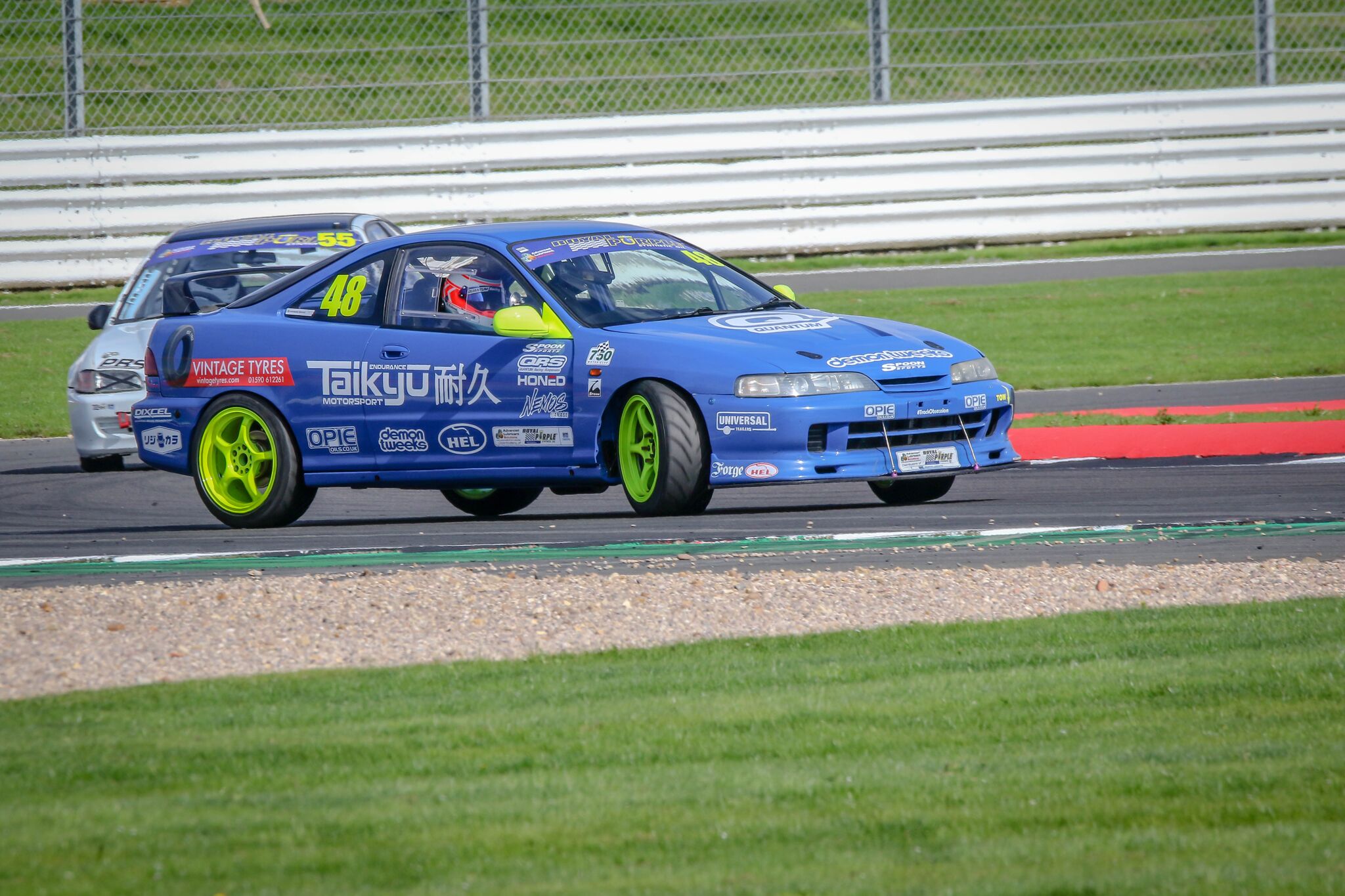